Groovexpress is a contemporary instrumental ensemble, formed in 2010 by composer, arranger and producer, Mykeljon. Featuring experienced musicians at the top of their game, Groovexpress masterfully fuse elements of soul, jazz, funk and pop to create “upbeat, fun, and sensual” music that “moves and grooves” with the times!

Their first two projects, the smooth jazz studio album ‘Ukrainian Doll’ and bluesy ‘Live at GVR’, paved the way for the chart-topping ‘Amsterdaam’, which hit #1 on the Billboard Contemporary Jazz charts, spending 8 weeks in the Top 15. Now, Groovexpress returns with ‘Get Down & Funk’, a groovy, feel-good vocal album which “promises to be the remedy for all that ails thee for 2020… and beyond”!

So grab a ticket, get onboard, and get your groove on! – Groovexpress is not to be missed. 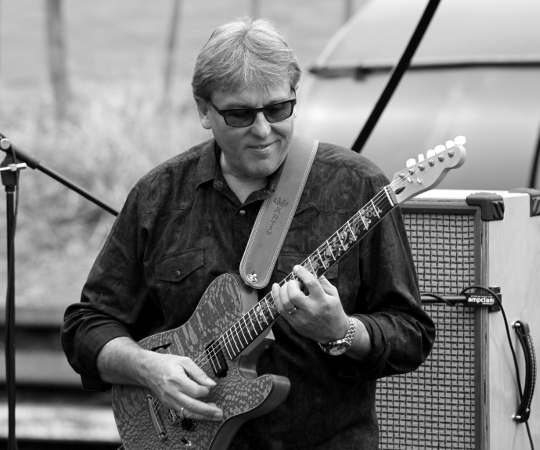 With over 30 years as a professional musician, arranger, composer and producer, Mykeljon's deep musical knowledge and wealth of experience have made him a true master of both the studio and stage.

Originally training to be a teacher, yet unable to ignore the musical fire burning within him, Mykeljon left his home-town of Auckland, New Zealand to study music at the Queensland Conservatorium in Brisbane, Australia. After graduating with a Degree in Music Technology and an Associate Diploma in Jazz, he founded his own commercial production studio, where he worked for over a decade. In 1996, looking to start a new chapter, Mykeljon headed to Los Angeles, C.A. – there, performing and recording with such talents as Andy Suzuki, Pat Kelley, Ernest Tibbs, John Ferraro, Michito Sanchez, and the late Rickey Grundy. 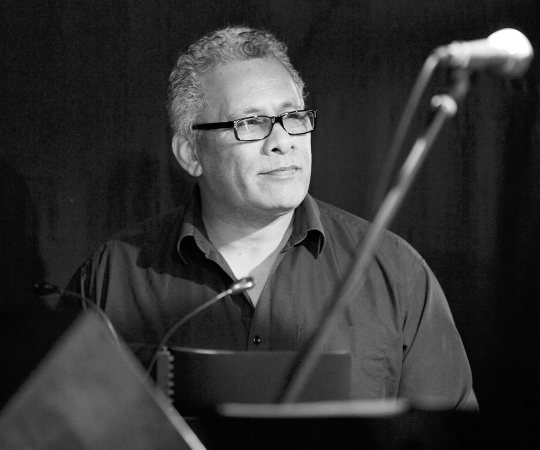 A veteran of the Australasian music scene, Ernestʼs talent on the keys has seen him share the stage with some of the most recognisable names in New Zealand music, including Frankie Stevens, John Rowles, Sir Howard Morrison, Tina Cross, and Annie Crummer.

A seminal member of infamous house band Cairo, which dominated New Zealand tourist hub Rotoruaʼs live music scene throughout the 1980ʼs, Semu has garnered numerous recording, performing and arranging credits to his name in the years since, including recent work with Steve Cooke, Lance Sua, Caitlin Smith, and King Kapisi. In hot demand as both a session player and performing artist, Semu appears frequently at Sky City Casino and various other venues around Auckland, as well as regular five-star hotel residencies as a guest artist, both in Japan and throughout the Pacific. 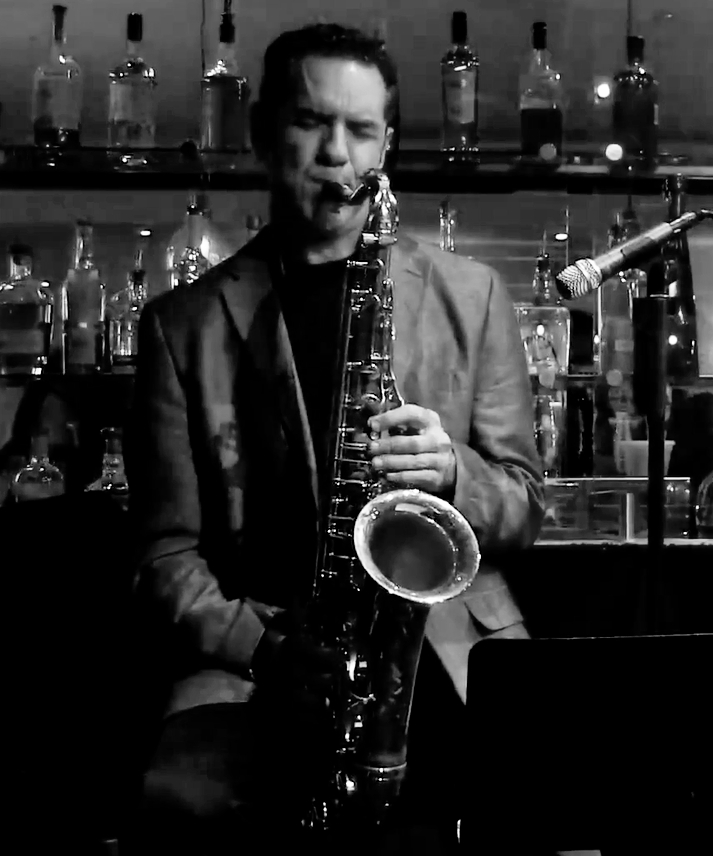 Known for his warm sound, melodic style, and his ability to harmoniously cross musical borders, Robert Kyleʼs lyricism and fluidity as a multi-instrumentalist have made him one of Los Angelesʼ most respected musicians. A Yamaha Artist, with nine albums to his own name, Kyleʼs performing and recording credits include work with some of the biggest names in contemporary jazz, blues and popular music – from Stevie Wonder, Michael Bolton, Chaka Khan and Jason Mraz; to Michael McDonald, Natalie Cole, Lou Rawls, and Linda Rondstadt.

Kyle has a very active career as a studio and performing musician; he has been a featured soloist on hundreds of recordings, and in addition has performed at the Academy Awards, the Emmys, the BET Awards, and some of the largest jazz festivals and concert stages in Europe, Asia and the Americas. Kyle is also a highly-skilled producer and arranger, and has produced and arranged CDs for Leslie Paula, Carol Bach-y-Rita, Miguel Gutierrez, Betty Bryant, Braziliando, The Hi-Fi-Quintet, Rose Mallett and many others. He has been musical director for blues diva Linda Hopkins, Leslie Paula, Miguel Gutierrez, and ‘Jazz Bliss Brazil’ and has performed internationally at many of the biggest Jazz festivals and venues in the world. 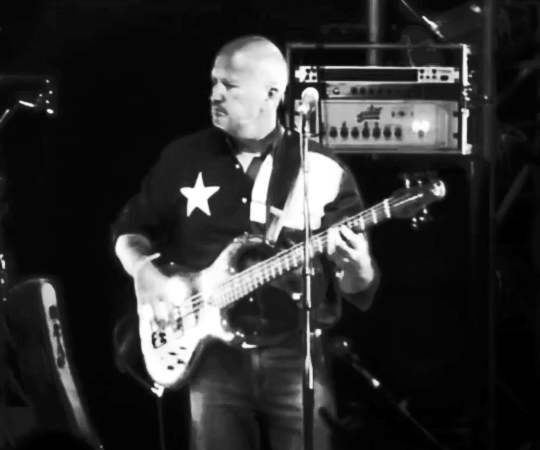 A consummate musician with an impeccable sense of groove, Bruce Kerr has worked and toured with a venerable list of international entertainers in his long and successful music career, including Elaine Paige, Sir Tim Rice, Dame Shirley Bassey, Michael Barrymore, and Bonnie Tyler, as well as a “whoʼs who” of New Zealand artists – from Tina Cross, Jackie Clark, Ray Columbus, Billy T James, and The Yandell Sisters, to Rob Guest, John Rowles, Suzanne Prentice, and the late Martin Winch.

Kerr currently resides in Queensland, Australia, where he continues to contribute his talents as a session musician to local and international artists, both on electric basses and nylon, steel and electric guitars. 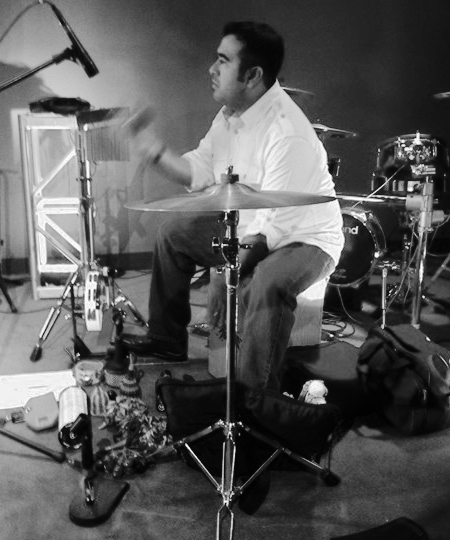 Carrying a pair of sticks in his hand since he was only 11 years old, Isaac Sanchez has honed his craft as a freelance drummer and percussionist. Originally inspired to take up hand percussion by Mexican-American conguero legend, Poncho Sanchez, he has since contributed his deeply musical playing to the performances of many jazz ensembles and vocal jazz rhythm sections, as well as the recordings of numerous independent artists and singer-songwriters, including Raymond Gregory, Marcus Gerakos, Crystal Lewis, Hector Hermosillo, Emily Simonian, and Tyrone Wells.

With a strong background in both gospel and Latin music, yet fortunate to study and play in a variety of styles, Sanchez is renowned for his pursuit of authenticity in every project he undertakes.

Groovexpress are proud to use and recommend the following / companies:

Thank you for helping us make great music!